The following Childfree Story is brought to us by Gloria de Leon. Gloria is a Latina, and as a member of that community, has some interesting perspectives to offer on the pressures experienced by women of this ethnic group.

While some readers may take issue with her characterizing herself as childfree – she became a stepmother to her husband’s children – I find it informative to read about the evolution of thought that Gloria experienced. Even more, I find it amazing to read about how Gloria is helping subsequent generations of Latina women learn that having children is a choice. 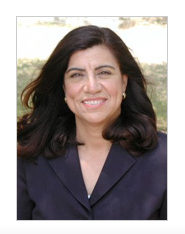 As a mature Latina of Mexican American descent, I recognized my life would be defined by choice or circumstance.  Given the history of traditional roles and predictable demographics, my path was limited.  Every one of my peers was headed towards the same direction. I found myself surrounded by girlfriends engaged by senior year in high school.  My thought was, “I’m not ready to get married!”

Meantime, my four older sisters married right out of high school and became mothers by the time they were 21.  I babysat, changed diapers, spent quality time loving all my nieces and nephews.

Initially, the tug of maternal instinct was easy to postpone.  I didn’t want children “right now”.  Completing my education was important.  Although I was clearly headed toward marriage, a broken engagement forced me to consider “what am I going to do with a college degree?”

The answer was to find myself.  Seasoned professionals encouraged me to move into larger circles, prompting the move from my home town to Austin Texas.  I met wise, thoughtful and engaged community advocates, in particular, the man who would become my husband.

I became a step Mom to my husband’s four children in my mid 20’s.  At 29, we founded a nonprofit Latino leadership organization.  Within the first decade, we had expanded to other states and today serve thousands of national and international students.

Life was exciting and engaging.  Every day, I woke up with more to do than hours in the day.  My husband and I were constructing a new model, a distinct shift in the mindset of Latino youth. It became a social movement instilling a desire to lead, innovating thought leadership in the next generation and leveraging community assets.

Life circumstances changed me.  I didn’t obsess about motherhood.  In the few fleeting moments I did consider having children, I could only imagine halting the life I loved.  My husband already had four children.  He never insisted on more.  Our “baby” was our life work and that was multiplying annually.

Motherhood is an honored and cherished tradition in the Latino community.  My Mom was a great inspiration but I often wondered if she ever had a choice for anything else.  It wasn’t until my father died and we left home that Mom found a separate identity.  In her 60’s, it was the first time in her life she bought new clothes, attended Christmas parties, or surrounded herself with a circle of friends.

Engaged as a college sorority advisor for 15 years, I’ve witnessed first and second generation Latinas struggle with family pressure and insinuations regarding marriage or children.  Many have never known a woman who is fulfilled outside of motherhood.  It’s hard to deny the sound of their biological clock.  They express concern about not finding a prospective spouse in college or less likely at work.  Like many college women, the haunting fear is the inability to chart the predictable linear schedule of college, marriage and children.

Today’s pressure towards motherhood triggers young Latinas to make choices that often leads to the rise of single mother households.  Some have children outside of marriage, others marry, bear children and eventually divorce.  The heavily weighed social norm continues to be a woman’s value on the basis of she was “asked” to be married and if she bore children.

I recognize I’m not the norm.  As a young woman, I knew I was different.  Mom coached me to “not to grow up too fast”.  It was a clear message that marriage and children would alter my life.  As the youngest in the family, I was the first and only college graduate.  My example altered the course for the succeeding generations. College is no longer of question of “if” but “when”.

I was inspired after high school graduation by the new emergence of women. My college advisor was a single, 40 year old, polished Latina Professor.  She was establishing a new department at the university and constantly in important meetings, writing and lecturing while flying around the country to conferences.  She inspired me, predicting, “You will be successful at anything you do.  Your enthusiasm is contagious!”

Living at home during my college years, the daily commute became a time of observation and reflection.  The Rio Grande Valley of Texas was an agricultural region relying on field hands to pick vegetables.  My family and ancestors came from that background, picking cotton, working in packing sheds, migrating around the country in search of seasonal work.    The images reminded me of the status quo.  Trucks filled with generations of grandparents, parents, children unloading for their daily work in the fields.  If life was going to change, I would have to change.   And so did other women at the time.  As a Mexican-American, my generation would be the first sizable group of women to attend college.

College changed, freed and liberated me.  My life was destined to be far from traditional.  Social forces were shifting opportunities for all women in education, sports, and public policy.  In my mind, it was inevitable that women would delay marriage and children.  Today, we should consider it normal that some may never marry or become mothers.

Our life script is subject to change.  As women, we are unique and not apt to fit into societal or cultural definition of who we should be.  Life presents a set of circumstances.  Motherhood is but one choice.  If it doesn’t come into play, look at your alternatives.  If you really want to be a Mom, explore your options to freeze your eggs, adopt, etc.  Or you may find yourself as I did – engaged with young people as my life work.  You may realize that to love and develop the next generation is not exclusive to natural birth.  Life presented me with so many choices.  I chose unlimited possibilities.  I love my life and have no regrets!

Gloria de Leon is the Co-Founder and Executive Vice President of the National Hispanic Institute, a non profit leadership organization headquartered in Texas.  She is a graduate of the University of Texas Pan American and holds two honorary Doctorates in Human Letters from Texas Wesleyan University in Fort Worth and Austin College in Sherman Texas.  She has been honored as UTPA Distinguished Alumnus, Woman of Distinction by Girl Scouts, and recognized by National Association of Colleges and Universities among her many awards.  She is Advisor and Honorary Sister of Kappa Delta Chi, Latina Sorority.

Reviews of Childfree by Choice: The Movement Redefining Family and Creating a New Age of Independence are rolling in, and we’re pleased as punch to see that folks are enjoying the book! Freelance reviewer Terri Schlichenmeyer (AKA The Bookworm Sez) wrote a…
END_OF_DOCUMENT_TOKEN_TO_BE_REPLACED

This is our manifesto; what we’re {not} having a baby! is all about. We hope you like it! If you do, get your own copy here! Special thanks to [Expert Enough] for inspiring our manifesto. Imitation being the sincerest form…
END_OF_DOCUMENT_TOKEN_TO_BE_REPLACED

As a 40-something year old woman, I’ve been around for enough years to have enjoyed my share of friendships. Some were short-lived but intense, like the sort made at summer camp when you find your soulmate during orientation and then…
END_OF_DOCUMENT_TOKEN_TO_BE_REPLACED

by Emma Clarkson So, how was your 2017? Absolutely nuts, you say? Madder than a bag of spiders, you say? The worst time of your entire life … but hey, 2018 is gonna be your year – you can just…
END_OF_DOCUMENT_TOKEN_TO_BE_REPLACED