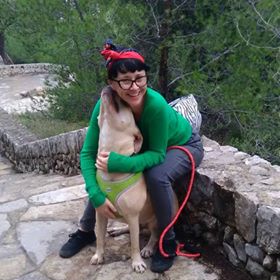 So, how was your 2017? Absolutely nuts, you say? Madder than a bag of spiders, you say? The worst time of your entire life … but hey, 2018 is gonna be your year – you can just feel it??! I’m certain that almost nobody could truly declare that 2017 was just an average, mediocre 12 months with nothing unusual to report. As our perceived universe slips further and further into entropy, as it is inclined to and is entitled to, the world around us and its events become more and more chaotic and insane. If you don’t agree or have forgotten already, or are still drunk from Christmas, just take a little look a news review from this year. Madder than a box of frogs.

Not only is the world around us descending into utter and absolute WTF, but it seems like our personal and interpersonal lives are doing the same. It makes sense, we are all made of the same stuff and are all connected, and according to scientists our consciousness is intrinsically connected to the state of the universe. It explains everything, and I promise you I’m not just still tripping from the Ayahuasca I did last summer. People all over the world seem to be slipping into a state of chaos, just as the universe is doing so. The unexpected loss of loved ones everywhere, financial meltdowns and rife homelessness, and more than anything else this year seemed to be the international year of the breakup.

The last time I wrote a Childfree Story for this site, I was happily (OK mostly happily) married and living in the Caribbean with my husband and dog, not much of a care in the world other than which beach we would go to each Sunday and what to mix with our rum. There was no way in the world we could have afforded to have a baby, but back then a part of my biology was still telling me to hurry up and get pregnant already – because that’s just the job of a married 30-something woman. Well thank god I managed to ignore that part of my biology and follow my instincts instead, because six months ago myself and the dog found ourselves on a long-haul flight out of there, leaving our whole life behind, to start a new one together here in Spain. Just the two of us. It didn’t work out for me and the husband, and it’s still incredibly painful to think about, but that’s how it goes sometimes. Actually not sometimes – that’s how it goes A LOT. Which leads me to Reason 37 Not to Have Kids.

OK, I’m not saying that everyone shouldn’t have babies just in case they separate from their partners. That’s not true at all. I know tons of couples who have split up in 2017 and some of them have kids. One friend and her husband had tried for a long time and then eventually she got pregnant through artificial insemination, and was over the moon. Then just before she gave birth he dumped her for a 19 year old. Nice guy. The difference is though, she worked and strived to have that baby, she felt an absolute call towards motherhood – she absolutely had to be a mother to that child. And now she is, and she is in love with her baby, and will dedicate her life to protecting and nurturing the little thing. Another couple I know have two kids and were together forever, and were seemingly the perfect family. But again she is a devoted mother and he is a great dad, and those kids will be looked after and will always be OK. My best friend raised a kid alone and he turned out to be a pretty epic human being – extremely smart and kind and now at university doing well. I on the other hand, am pretty much the human embodiment of entropy, and would have been an all-out disaster of a divorced single mother.

In fact, I’m writing this on a three hour bus journey through the Spanish countryside to Valencia, where I will meet the above mentioned best friend and celebrate new year. It’s lovely, the sun is streaming through the window and the mountains are glorious. Now if I picture this scene with a two year old strapped to my side – ugh. What a mess. I can’t even get it together to remember poo bags for the dog when we go walkies – imagine the list of things I would forget to do with a kid by myself? I’d probably forget to dress and feed it. It would have been bonkers, and the kid would probably have ended up being taken away and handed to someone more normal, as I watched and leaned against the doorframe of my static caravan, in a Xanax and red wine induced haze, still in my dressing gown with eyeliner all over my face.

What I’m saying is, and I reiterate what I said here the last time, having a baby is not simply having a baby. It’s having an entire human being. Your job as parents is to make sure it doesn’t grow up to be a total and utter ass-hat. And in order to do that, you need to be fully committed to the parenting thing. You need to know for sure, the second that sperm gets launched out there, that you will follow through with this baby thing on a full-time, REST OF YOUR LIFE basis. Ask yourself, are you honestly cut out for this kind of thing? Or would you likely make a horrible mess of it like I would have done? If you don’t feel that deep aching urge to be a parent, then why bother? There’s tons of other things to do out there! And we aren’t all supposed to be parents – trust me on this one. Plus you also have to take into account the fact that your beloved other half may not be your beloved other half forever – he may turn out to be a creepy sleazebag and leave you for a 19 year old. And how would you cope with that? I mean… really??

So as we launch ourselves into 2018 and further into entropy, like that little sperm guy flying from the cosy nutsack into the epic chasm of unknown-ness, I say – embrace the chaos. If you don’t feel like you could be a responsible adult creating stability for a tiny human as the universe around you is going completely mental – then just don’t. Go out and soak yourself in the madness, immerse yourself in it. Have fun. I mean, who the hell knows where we’re going to be this time next year. Just follow your instincts.

Reviews of Childfree by Choice: The Movement Redefining Family and Creating a New Age of Independence are rolling in, and we’re pleased as punch to see that folks are enjoying the book! Freelance reviewer Terri Schlichenmeyer (AKA The Bookworm Sez) wrote a…
END_OF_DOCUMENT_TOKEN_TO_BE_REPLACED

This is our manifesto; what we’re {not} having a baby! is all about. We hope you like it! If you do, get your own copy here! Special thanks to [Expert Enough] for inspiring our manifesto. Imitation being the sincerest form…
END_OF_DOCUMENT_TOKEN_TO_BE_REPLACED

As a 40-something year old woman, I’ve been around for enough years to have enjoyed my share of friendships. Some were short-lived but intense, like the sort made at summer camp when you find your soulmate during orientation and then…
END_OF_DOCUMENT_TOKEN_TO_BE_REPLACED

by Emma Clarkson So, how was your 2017? Absolutely nuts, you say? Madder than a bag of spiders, you say? The worst time of your entire life … but hey, 2018 is gonna be your year – you can just…