I didn’t have a good childhood…

Here at w{n}hab! we like to tackle childfree myths. Of course when we say something is a myth what we’re actually saying is that empirically the evidence to date refutes the particular notion. And since we’re all smart we know that empirical patterns do not mean something “always” or “never” happens.

For example, one childfree myth says that all childfree people hate kids. Empirically, we know that isn’t true. Some childfree don’t like kids but most  don’t hate them and many actually like them!

Unsurprisingly, there are even some parents out there who hate kids, so…

Another myth that we sometimes hear about the childfree is that they must not have had good childhoods. While that’s true for some childfree, as it is for some parents, it would be wrong to assume that it’s true for all childfree. In Pete’s case, however, it is true. Here, Pete shares his experience and his choice to, in his words, “break the cycle.” 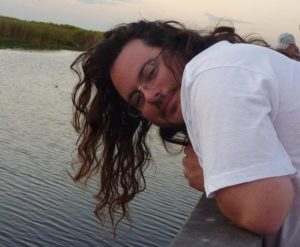 I didn’t have a good childhood growing up.  It wasn’t as bad as many, but it wasn’t a good one. My father was a verbally abusive alcoholic. He was extremely manipulative, and my brother and I were often used as leverage against my mother to keep her compliant. As time went on and we grew older, the situation grew worse.  My parents finally divorced, but by that time I was already in college and had moved out of the house.

As an adult, I had never particularly wanted children. I had never completely ruled out the possibility, but as time went on and years passed, I became more certain that parenthood wasn’t for me. I dated a single mom in my early 20’s and saw how much work it really was.  I decided I wasn’t interested in the responsibility, I didn’t see the up side to having a child of my own. I didn’t want to have to deal with screaming toddlers and dirty diapers. And I certainly didn’t want to be in a situation where my children were used as leverage against me, as was so often the case when I was growing up.

I ended up getting married to my best friend in 2008, after about 8 years of dating. It was something else that I never really saw myself doing, but I loved my wife and it was something she wanted, so I figured “What the hell.” To me it was just a piece of paper, it didn’t really mean anything – what mattered was how you felt about the person. We were on the same page with nearly everything, including children. Maybe we’d adopt someday, if we felt like it – but neither of us were interested in going through having a baby. Our life together was happy and calm, with lots of space to do our things. We owned a modest home. We went on cruises in the Mediterranean and the Bahamas. I tinkered with old Volkswagens and perused my childhood dream of being a race car driver, she played with miniatures and sang in a choir. Life was pretty good.

We’d been married about a year and a half or so when my brother and sister in law had their first child. I really wasn’t impressed by this whole development, but my wife seemed oddly captivated by the experience, and spending more time across the street at their home. I thought nothing of it at the time, but it was only a few months later at a party on the 4th of July, 2010 when the bomb dropped. While I was inside, my wife was outside standing in a crowd of my friends. She said, “I’m hoping to wear him down to have a baby. Just like I did to get married.”

My friends one by one sneaked off to warn me. “Do you know what your wife just said?” I was convinced they had misheard. Misunderstood. After all, we’d been together for nearly a decade now, surely that wasn’t the case!

When she did finally approach me on the topic a month later, I asked her why she suddenly wanted a child?  “Who will take care of me when I’m old?” she asked.  “I’m lonely,” she said.   I was flabbergasted, but firm. I told her I wanted her to be happy, and if she wanted a baby that was great. She should go do that.  But it would not be with me.  And I did not want her to be angry or resentful down the road if she stayed with me and did not have a child.  She backed down and said she would rather have me and not have a child, than the other way around.

She slowly became angry and resentful.  And very cold.  The elephant in the room never found a way out.  Our relationship ended less than two years later. Not long after screaming “If you love me why won’t you give me the baby I want,” she packed up a u-haul and moved halfway across the country to be near a married father of 3 whom she met on a work trip a few months before

It’s been a few years.  I still tinker with old Volkswagens, and pursue my hobby of race car driving. My brother and I speak infrequently, even though we still live across the street from each other. We had little in common, and even less now. He and his wife maintain a friendship with my ex-wife, and, from what I can tell, view me as selfish and solely responsible for the dissolution of my marriage.

I had a Vasectomy.

To my knowledge, my ex wife is still childless.

That probably sounds like a pretty terrible child free story.  It’s certainly not one of the happier ones where the couple travels the world together on many great adventures.  Lord knows that’s the one I envisioned. I wanted a house that was paid off, and regular vacations to adventurous places. It’s more difficult to pay bills on one income, and I haven’t been able to go on vacation in the years since this all happened.

But the truth is, it actually is a fairly happy story – especially for the child that never was.  If you stand back and look at what this kid would have faced… one parent who didn’t want a child, and the other… well, use your own adjectives here. Is there any way that could have gone well?

I consider my decision to stand my ground and be childfree a victory, a sign of intelligence, a realization that at least one of my parents (and at least one of theirs going back generations) was reliant on a bottle and not capable of raising a happy, emotionally healthy child.

Not everyone should be a parent, but many will anyway.  I can proudly say I won’t make that mistake.  I simply don’t want children.  Not because I am afraid, but because I am aware of myself and my limitations. I have broken the cycle. I’m sure many would say that since I’m aware enough, I’d certainly avoid the same mistakes (I already rarely drink alcohol).  If I wanted children, I’m positive I would do better than those who made me what I am.  But, I don’t.  I’m at peace with that.

The most unfortunate thing of all this is, I generally like children. But because I share WNHAB statuses and childfree articles on my facebook page, friends become apprehensive.  People make assumptions that I hate kids. “You can come over, but…I mean… I have kids, I know how you feel about them.” You CAN like children without wanting your own.

The neighborhood kids all seem to think so, they like to hang out in my garage while I work on cars. They tell me they want to be like me when they grow up. That’s a pretty awesome thing to hear from a little kid – and even cooler when you realize he has parents of his own that he probably doesn’t say that to.

Reviews of Childfree by Choice: The Movement Redefining Family and Creating a New Age of Independence are rolling in, and we’re pleased as punch to see that folks are enjoying the book! Freelance reviewer Terri Schlichenmeyer (AKA The Bookworm Sez) wrote a…
END_OF_DOCUMENT_TOKEN_TO_BE_REPLACED

This is our manifesto; what we’re {not} having a baby! is all about. We hope you like it! If you do, get your own copy here! Special thanks to [Expert Enough] for inspiring our manifesto. Imitation being the sincerest form…
END_OF_DOCUMENT_TOKEN_TO_BE_REPLACED

As a 40-something year old woman, I’ve been around for enough years to have enjoyed my share of friendships. Some were short-lived but intense, like the sort made at summer camp when you find your soulmate during orientation and then…
END_OF_DOCUMENT_TOKEN_TO_BE_REPLACED

by Emma Clarkson So, how was your 2017? Absolutely nuts, you say? Madder than a bag of spiders, you say? The worst time of your entire life … but hey, 2018 is gonna be your year – you can just…
END_OF_DOCUMENT_TOKEN_TO_BE_REPLACED