Out of the Void

Today’s post is by El McGillivray. El is a part-time illustrator, nascent activist, and one third of a small engineering partnership.  She studied art, modern languages, and philosophy in Switzerland and the USA before settling permanently in the UK six years ago.  She runs Childfree Women UK & Ireland, the free social network for childfree women living in England, Scotland, Wales, Northern Ireland, and Ireland: www.childfreewomen.co.uk

Out of the void: A new kind of support system emerges for childfree women across the pond 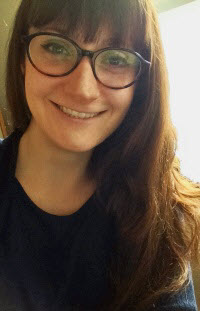 I had roughly known the answer before even asking, but I figured it wouldn’t harm to see what she’d say.  This nurse was a new face at my GP surgery, and I was there for a routine Pill check-up and a chat about “lady things” anyway.  It was worth a shot.

After she’d finished checking my blood pressure, I smiled and asked, “Out of interest, what are the odds of a woman my age being considered for voluntary sterilisation?”

I had framed the question in terms of odds to encourage an objective response.  I’d been asking it for long enough, under enough different forms, that I wasn’t particularly holding out for an unbiased reaction this time.  But, now that I was 27, part of me was hopeful that I might just be deemed old enough to know my own mind.

The nurse was caught off guard by my question – most people ask for help with getting pregnant, not the other way round.  As nicely as possible, she answered, “To be honest, love, I can’t see that any doctor would think that’s a good idea.  It’s not something we would want to allow until after you’ve had children, or once you’re past childbearing age.”

And, there it is.  I can’t be trusted to make decisions about my own body until it’s too late for it to matter.

Ladies and gents, allow that last sentence to sink in.  Britain is a fairly modern place.  Many women here can go to school, work white collar jobs, wear what they want, vote.  And yet, this latest response to my question exposes the underlying reality: women aren’t guaranteed bodily autonomy, and the system thinks that’s fine.

Getting the snip is a big decision, and not one to be taken lightly.  I’ve since changed doctors and I now have a GP who has started me on the referral process so that I can get my questions answered, but it’s academic as to whether I end up getting sterilised or not.  The issue is that women consistently have to fight to get impartial treatment and straight medical facts, often over the course of many years and moving from one practitioner to the next, before being allowed anywhere near actually making that decision.  It should never be such hard work for a woman to make any decision about her body, and this is only one aspect of our lives where there are obstacles to obtaining information and making choices.

Now, back to that check-up.  The knot in my stomach was still there when I got home.  So was the heat in my cheeks.  I felt trapped, ashamed, put back in my place, as though I could never possibly live long enough to see things change.  As a white, middle class, cisgender, heterosexual woman, I’m lucky society doesn’t make me feel that way most of the time – I don’t suffer dehumanising treatment to anything like the same degree as women from other ethnic, socioeconomic, gender identity, or sexuality groups, and I’m privileged to have any kind of choice in birth control in the first place.  Even so, I still wasn’t being taken seriously.

In that moment, I felt isolated and powerless.  My close women friends live in different time-zones to me, so I went looking for like minds online, hoping to find other childfree women I could identify with – new friends to someday have a conversation with over dinner.  But, being a woman who chooses to be childfree, or who is openly content in her incidental childlessness, or who isn’t sure that she wants children, is still taboo in the UK.  The stigma is strong enough that we generally leave no trace, preferring to discuss our lives anonymously, if at all.  There are UK-based support groups for childless women, which of course are valid and needed, but I didn’t feel like I belonged there; I felt that bringing my troubles to that table would have been insensitive.  And, of course, there are resources for childfree people in the States, but I was after more than a newsletter, a forum, or a Facebook group.  Useful as those options are, I wanted a way of connecting with women I could count on as allies in my daily life, here, now, in this part of the world.

I continued to trawl the Web, one fruitless search after another.  It became clear that there was a gap here, and I found myself thinking, “Why does this not exist?  There must be a lot of other women like me.  I can’t be the only one!  How is there no place for us to find each other?  Someone really should make something like that….”

And, out of that void came www.childfreewomen.co.uk, a new kind of support network where childfree women living in the UK and Ireland could find solidarity and build friendships, for free.  There’s a phrase making the rounds on social media these days, which goes something like, “If it’s inaccessible to the poor, it’s neither radical nor revolutionary.”  I didn’t want to create yet another thing that would by nature exclude women who already battle daily to make the best of systemic inequality.  Having access to the voices and faces of women nearby who are joyful, empowered, and fulfilled in their purpose can be the difference between carrying on towards your vision of the woman you want to become, and losing sight of her.  Women from any background can have childfree aspirations, and maybe more of us would reach them if we knew we weren’t alone.

There’s also power in sharing our stories on our own terms, in our own words, and seeing them mirrored in the women around us.  Considering that mass media likes to either speak in our place or daub our voices with inferred bitterness, and generally couches “women’s issues” in negative language, it’s all the more vital to create and maintain positive spaces where we can talk about our experiences, exchange resources and advice, and help each other through our common struggles.  Women aren’t so different from one another, but having support that’s specific to our needs allows each of us to reach our full potential, whatever our life circumstances and choices may be.  By claiming a space for ourselves and forming bonds within our local communities, we have a chance of effectively fighting stigma, raising awareness about women’s rights, and ultimately achieving reproductive justice for all women.

3 thoughts on “Out of the Void”

Reviews of Childfree by Choice: The Movement Redefining Family and Creating a New Age of Independence are rolling in, and we’re pleased as punch to see that folks are enjoying the book! Freelance reviewer Terri Schlichenmeyer (AKA The Bookworm Sez) wrote a…
END_OF_DOCUMENT_TOKEN_TO_BE_REPLACED

This is our manifesto; what we’re {not} having a baby! is all about. We hope you like it! If you do, get your own copy here! Special thanks to [Expert Enough] for inspiring our manifesto. Imitation being the sincerest form…
END_OF_DOCUMENT_TOKEN_TO_BE_REPLACED

As a 40-something year old woman, I’ve been around for enough years to have enjoyed my share of friendships. Some were short-lived but intense, like the sort made at summer camp when you find your soulmate during orientation and then…
END_OF_DOCUMENT_TOKEN_TO_BE_REPLACED

by Emma Clarkson So, how was your 2017? Absolutely nuts, you say? Madder than a bag of spiders, you say? The worst time of your entire life … but hey, 2018 is gonna be your year – you can just…
END_OF_DOCUMENT_TOKEN_TO_BE_REPLACED