Star LaBranche brings us our latest childfree story. Star is a freelance writer and editor. She tells us that only reason she would ever have children would be in order to buy Hello Kitty items that are made for small people. She currently lives with a large, fluffy cat and writes for her personal website ScrapbookOfTruth.com. 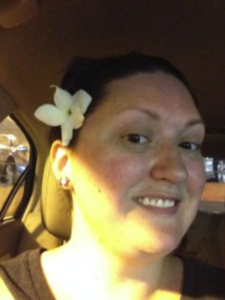 I was sterilized at the age of 21. I had started researching permanent birth control methods at age 16. By the time I was 19, I was certain that I didn’t ever want to have a baby. One thing that gave me pause during my research was the idea of tubal ligation being a serious, invasive, not completely effective procedure that could lead to early menopause and other serious complications. But then I discovered the Essure procedure and everything fell into place.

Essure was a relatively new procedure when I first found out about it. The way it works is to insert a nickle and titanium coil into each fallopian tube. Scar tissue builds up around the coils and prevents eggs from making the journey from the ovaries to the uterus. The eggs are reabsorbed into the body and the woman continues to menstruate normally. The success rate with this procedure is incredibly high and the changes of complications are very low.

When I sought out a gynecologist to perform the sterilization, I was completely clear with him. I told him that I had no maternal instincts whatsoever, I had no desire to procreate, and the only thing that had ever appealed to me about children was getting to name them. Which is not a good reason to have a baby. Just in case he thought I wasn’t serious, I added that if he wouldn’t sterilized me, I would find someone else who would. So all he could do was really save me some time and effort. My doctor, who is a very easy going man, didn’t give me any grief about my unusual choice or my desire to never have children.

He asked me if I had any questions about the procedure and I made it quite clear that I had done all of my research on the topic and knew exactly what I was doing. I underwent the Essure procedure a few months later. The procedure was quick and more uncomfortable than painful. They gave me a Valium to relax me and I quickly discovered that I am hilarious on Valium. Afterward I had some minor cramping and took a nap on the couch for the rest of the afternoon. That was basically all there was to getting the coils implanted.

Before the procedure, I had only told a few select people about what I was planning on doing. I knew that people wouldn’t understand and didn’t want to hear more about how my biological clock would go off one day and I would wake up with a burning desire to give birth. The people I did tell all had the same reaction of absolute horror and assurance that I would deeply regret this decision one day and one day soon.

It’s now been almost eight years since I was sterilized and I have never looked back. I strangely never switched into mommy mode and started crying at Gerber commercials. I was told that once I find the right man, my decision about children would change. I am now engaged to the right man and neither of us want children. So that theory didn’t pan out either.

While my choice was an unconventional one, it was absolutely right for me. I knew myself very well at an early age and I knew what I wanted to do (and not to do) with my body. I sometimes think about what I would do if I could do it all over again and I know I would absolutely get Essure again if I had the option. No one would have blamed my gynecologist for looking at a 21-year-old girl wanting to make a permanent decision about birth control and thought of her as a bit off. Mine respected my wishes, albeit, unconventional ones, and listened to me about this important issue.

I’ve heard of women who were in their 30s and had children who were refused sterilization and it just makes me angry. Even the best doctor in the world doesn’t know what’s the correct number of children for a woman to have or if she should have any at all. This option is up to the woman and whomever she decides to include in the decision. Being childfree is an important choice to make. But it’s one that should be respected in all cases.

Reviews of Childfree by Choice: The Movement Redefining Family and Creating a New Age of Independence are rolling in, and we’re pleased as punch to see that folks are enjoying the book! Freelance reviewer Terri Schlichenmeyer (AKA The Bookworm Sez) wrote a…
END_OF_DOCUMENT_TOKEN_TO_BE_REPLACED

This is our manifesto; what we’re {not} having a baby! is all about. We hope you like it! If you do, get your own copy here! Special thanks to [Expert Enough] for inspiring our manifesto. Imitation being the sincerest form…
END_OF_DOCUMENT_TOKEN_TO_BE_REPLACED

As a 40-something year old woman, I’ve been around for enough years to have enjoyed my share of friendships. Some were short-lived but intense, like the sort made at summer camp when you find your soulmate during orientation and then…
END_OF_DOCUMENT_TOKEN_TO_BE_REPLACED

by Emma Clarkson So, how was your 2017? Absolutely nuts, you say? Madder than a bag of spiders, you say? The worst time of your entire life … but hey, 2018 is gonna be your year – you can just…
END_OF_DOCUMENT_TOKEN_TO_BE_REPLACED