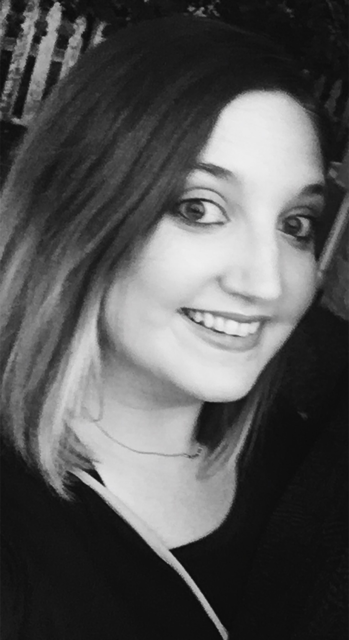 Our latest Childfree Story comes from Brittany Brolley, a freelance lifestyle and relationship writer. She is an advocate for the childfree lifestyle and blogs about this decision on therinkydinklife.com. Brittany also enjoys traveling with her husband, binge-watching Netflix, and is a little too obsessed with her two Boston Terriers. 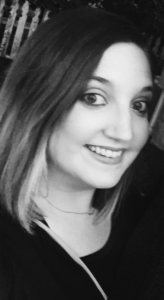 I never thought I would be childfree. In fact, I didn’t even know there was a word for people who did not have children. Until I became one of those people myself, that is.

My husband Colin and I met when we were both quite young. We regularly talked about a future together and we saw no reason to delay. We married on a rainy October morning with only immediate family and one close friend – the one who introduced us – in attendance. Immediately after the ceremony, we set off on our honeymoon. Looking back on our untraditional wedding, I can see how we’d live the rest of our lives in the same fashion. It works for us.

Like many couples, children were something my husband and I discussed both before and after getting married. I loved children then and I still do today. My very first job was at a day care center. Later, I became a nanny for three sweet boys and after schooling, I eventually became a teacher at an early childhood education center. Still, I never longed for biological children. I knew from that very first job that I could love children that did not share my DNA. Although Colin did not share my same enthusiasm for children, adoption was something he agreed with.

After saving up money by living in an apartment for a year, we bought a fixer upper home. This would be the home in which we thought we would raise children. It’s the same home we are living in today. However, we have filled our home with two dogs instead and, as our plans have changed, are now looking to move out of suburbia.

After living in and slowly renovating our home for some years, it became apparent how busy we were. We worked full-time and even though we weren’t exactly struggling, it wasn’t always easy to make a comfortable living for the two of us. It was difficult to picture adding more people to the mix. And with a child comes reduced employment and reduced income- especially at first. It may sound hypocritical coming from someone who spent a great deal of time with others’ children but I didn’t want to have others take care of my kid(s). I wanted that to be my responsibility and if I couldn’t afford to, I didn’t feel comfortable having children. And the more we looked into international adoption, notoriously known for its expense, the less feasible it seemed to become.

As a planner and a budgeter, I still attempted to finagle numbers in a way that could make having kids work for us. I can remember using parents.com‘s Stay at Home Calculator like a Magic 8-ball. And yet, every time I entered in the figures, I’d get this same response: “Sorry to say, but the numbers aren’t working in your favor to support the stay-at-home life you envision — yet.”

When a friend of mine became pregnant, I thought,  Screw it. It’ll never be the right time for us to adopt. We’ll just have a kid instead. And to me, having a biological child was really never an option until then, in the spur of the moment. And even then, I considered it a very distant second option to adoption. Although reverse, I feel this enables me to relate to women who are unable to have their own children and struggle to view adoption as a viable alternative.

As soon as I started talking to my husband about this ‘plan,’ a feeling of disconnect overwhelmed me. This was not what I wanted. And thankfully, this wasn’t what he wanted either.

We began having very open conversations about what our lives could look like without having children. And for the first time in a long time, I became really excited about the future. It was no longer cloaked in fear and anxiety. I was able to silence the ticking of my biological clock and look forward to getting older. This is the closest I have ever been to this sort of freedom and I can’t help but feel liberated.

It wasn’t long before I began researching this new lifestyle I had chosen. I discovered the term “childfree” and grew to love the word.  In time, I also read of women like Laura Carroll, Nina Steele, Karen Malone, Amy Blackstone, and other women whom I consider to be pioneers in this movement. I was amazed at how these women could transcend stereotypes about our choice to be childfree. I knew I wanted to get involved in any way I could.

So, even though I knew nothing about how to start or run a website, I created the rinky-DINK life and I have learned so much in the process. I started speaking with fence-sitters about the childfree lifestyle. I’ve also been able to have many respectful conversations with parents. One of my goals has been to bridge the gap that sometimes exists between parents and the childless and childfree. In the beginning, I started with endeavoring to empower others. But, others have perhaps empowered me even more. The interchange of support has been phenomenal and I feel so honored and grateful to be a part of this ever-growing community of childfree people.

Reviews of Childfree by Choice: The Movement Redefining Family and Creating a New Age of Independence are rolling in, and we’re pleased as punch to see that folks are enjoying the book! Freelance reviewer Terri Schlichenmeyer (AKA The Bookworm Sez) wrote a…
END_OF_DOCUMENT_TOKEN_TO_BE_REPLACED

This is our manifesto; what we’re {not} having a baby! is all about. We hope you like it! If you do, get your own copy here! Special thanks to [Expert Enough] for inspiring our manifesto. Imitation being the sincerest form…
END_OF_DOCUMENT_TOKEN_TO_BE_REPLACED

As a 40-something year old woman, I’ve been around for enough years to have enjoyed my share of friendships. Some were short-lived but intense, like the sort made at summer camp when you find your soulmate during orientation and then…
END_OF_DOCUMENT_TOKEN_TO_BE_REPLACED

by Emma Clarkson So, how was your 2017? Absolutely nuts, you say? Madder than a bag of spiders, you say? The worst time of your entire life … but hey, 2018 is gonna be your year – you can just…
END_OF_DOCUMENT_TOKEN_TO_BE_REPLACED