Why I Don’t Want to Be a Mom. Or an Astronaut.

Today’s childfree story is brought to you by Rachel. She brilliantly explains why she doesn’t want to be a mom… or an astronaut. 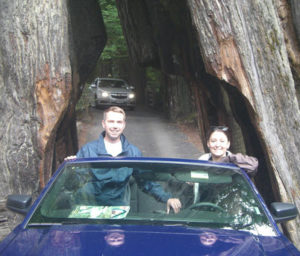 Growing up with my older sister, we loved to play with three things: Barbies, Legos and these huge “Dress Up” bins my mom had filled with old clothes, hats and shoes. But Barbie was my favorite and she had this amazing custom house that my dad had built her. She also had a hot pink convertible, a sexy boyfriend and a new job every day depending on what I thought her current skill set was.

But one year when I was around seven or eight, a “new” babydoll came out. This “new” babydoll had eyes that opened and closed, she cried, ate real food, and she would wet and crap her diaper – every girl’s dream. So I asked for her for Christmas along with a real baby crib to put her in. My parents never pushed Santa Claus and every year they would tell us where the Christmas gifts were being stored. It was their belief that if we wanted to peek at our gifts and ruin Christmas morning, that was up to us. Our parents were older when they had us, if that is not obvious yet…

I’ve always hated surprises, so on Christmas Eve night, I snuck downstairs and I peeked. I found that babydoll, lying in this tiny white crib and suddenly the responsibility of what I had asked for hit me like a truck full of dirty diapers. Christmas morning came, I feigned surprise and delight at my new baby and set to the daunting task of making sure her needs were met. I fed her, I changed her, I patted her back when she cried. But one day while Baby Poop-and-Pee was napping (I never bothered to give her a name, which should have been everyone’s first clue), I thought about where my life had gone. I looked at my abandoned Barbie, whom I no longer had time for, and I pined for the good ol’ days of cruising in her convertible to the beach with Ken, or playing dress up with my sister and tap dancing our hearts out on the hardwood floors until my mom’s very last shred of patience was torn.

Over the next few weeks I would wake up in the middle of the night – look at the tiny white crib at the foot of my bed and through my panic, remind myself to breathe, that one day she would grow up, she would be able to crap without  my assistance, and I would be free again. But this day never came, and I’m ashamed to say that after what felt to me like eternity, but was likely 2-3 weeks, I shoved that baby doll, crib and all, into my closet and tried to forget she ever existed.

Today I’m 28. I’ve been married for almost seven years to my husband who is 30. We have no plans to have children. Our reason for not having children is simple: we don’t want them. Far too often I hear childfree people reaching for what sound like more reasonable excuses not to reproduce, whether it’s overpopulation, lack of time or money or doubt about their own parenting abilities. I’m not worried about overpopulation, the zombies will take care of that; I have time and money to raise a child, and I would be a good mother because I would force myself to be a good mother. I don’t have kids because I don’t want them.

Do you see some pretty amazing things up in space? Sure. Do you get a perspective on life that other earth-bound people will never see? Of course. But I’m not running to fill out a NASA application, because it’s just not what I want to do with my life.

The Suda, a 10th Century encyclopedia of Greek knowledge, says that the maxim “know thyself” is “a warning to pay no attention to the opinion of the multitude.” Tomorrow and the next day and the next day, I know that I will always choose cruising on the open highway in a hot pink convertible with my personal Ken doll (his name is Jeremy) with no baby on board. It is not the opinion of the multitude, but I’m OK with that. And in the meantime, I’m sure somebody else has found that babydoll in the closet and changed her diaper already.

Reviews of Childfree by Choice: The Movement Redefining Family and Creating a New Age of Independence are rolling in, and we’re pleased as punch to see that folks are enjoying the book! Freelance reviewer Terri Schlichenmeyer (AKA The Bookworm Sez) wrote a…
END_OF_DOCUMENT_TOKEN_TO_BE_REPLACED

This is our manifesto; what we’re {not} having a baby! is all about. We hope you like it! If you do, get your own copy here! Special thanks to [Expert Enough] for inspiring our manifesto. Imitation being the sincerest form…
END_OF_DOCUMENT_TOKEN_TO_BE_REPLACED

As a 40-something year old woman, I’ve been around for enough years to have enjoyed my share of friendships. Some were short-lived but intense, like the sort made at summer camp when you find your soulmate during orientation and then…
END_OF_DOCUMENT_TOKEN_TO_BE_REPLACED

by Emma Clarkson So, how was your 2017? Absolutely nuts, you say? Madder than a bag of spiders, you say? The worst time of your entire life … but hey, 2018 is gonna be your year – you can just…
END_OF_DOCUMENT_TOKEN_TO_BE_REPLACED