You may not know it, but this childfree thing is truly an international phenomenon. Amy, in all of her academic wisdom tells me that the trend to be childfree shows the greatest growth in, probably not too shockingly, developed nations.  Given that, Amy & I are really interested in what it’s like to childfree in countries other than our own and today’s Childfree Story is our first non-US story.

It’s actually part one of  a two-parter.  Today we meet Lisa and tomorrow we’ll meet Daniel, her partner. They are both from New Zealand. That’s where they filmed The Lord of the Rings trilogy for our geographically-challenged compatriots. To get there from the US you go west until you hit Hawaii, turn left about 45 degrees, and then fly for about 9 hours. It’s a long ways from the States… and pretty much everywhere else but, man is it worth the flight! It’s an absolutely beautiful place with epic landscapes, great seafood, world famous wines, orcs, hobbits, trolls, and wizards.

Some of that is true. Anyway, enjoy Lisa’s Childfree Story! 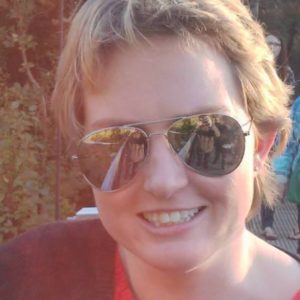 My name is Lisa Taylor. I am now 25 years old. When I was was younger, okay 16 I was dating a guy who had a heart condition. It was so rare he was one of only 2 people in the world who had it. He was also the longest surviving person to have it. In 2006 he died suddenly from his condition.  During that time I had just turned 18 and was thinking about motherhood and what the future would bring for me. While I was mourning for his loss I did wish (so badly) that I was pregnant with his child. Alas it was not meant to be and I remain nullipara to this day.

Later that year I met my second boyfriend, who wanted me to be a mother. He attempted on numerous occasions to impregnate me. He went so far as to tear holes in condoms and even threw my birth control tablets away. During this time I developed severe depression due to my first boyfriend’s sudden death. My doctor put me on suicide watch for a while. Sadly my family pushed me closer to my boyfriend, who I now see as a monster. He was very abusive. After 2 years of living with him and putting up with constant illness and pregnancy alarms I decided I needed to further my own education. I found a university in the capital city, four and a half hours drive away.  I saved up enough money to cover my rent and bond. One day I told him I was leaving for this school. Him and my family helped me move down.

Our long distance relationship lasted a mere 3 months after I left him and my hometown. I broke up with him over another pregnancy scare. I decided I wanted to further my life and do the things I wanted; he was dragging me down.

Today, fast forward 4 years: I am living the childfree life with a childfree boyfriend who loves me for me. He was a fence sitter when I met him, but now he’s as “anti-kids” as I am! Ha! What am I saying? I’m a teacher now, teaching 11-16 year old kids ESOL (English for Speakers of Other Languages). We both realised that we do like kids, just when they’re a certain age. I find it really hard to talk to or play with kids who are under 10 years old. I just feel so awkward, and it shows! Not to say I didn’t babysit and things like that growing up but, just feel so weird now.

Being Childfree in New Zealand

Being childfree in New Zealand is a ‘new’ concept for a lot of people. Many people – my family included – are very accepting once they get over the initial shock.  I do get bingos like “You’re so good with kids!”. I actually get the worst responses from medical professionals, because they are generally taught that it’s “normal” to have the life script plan; grow up, meet someone, get married (actually that ones a tricky one in itself, a lot of single parents here!), and have x number of kids.

I’ve been told I’m living my life ‘wrong’ from a doctor. Another doctor told me I’m too young to request getting a Tubal Ligation done… I’m now 25 so I am going to request it when I next see my GP (General Practitioner). I am lucky though, I have plenty of friends here who are either childfree or childless. The one’s I define as childless are those who don’t have children *yet* but do want them.

When I lived back home, in a small town, it’s the normal thing to do to go get pregnant and have two or more kids, with different fathers! Luckily I don’t see that here so much. But it does happen.

Reviews of Childfree by Choice: The Movement Redefining Family and Creating a New Age of Independence are rolling in, and we’re pleased as punch to see that folks are enjoying the book! Freelance reviewer Terri Schlichenmeyer (AKA The Bookworm Sez) wrote a…
END_OF_DOCUMENT_TOKEN_TO_BE_REPLACED

This is our manifesto; what we’re {not} having a baby! is all about. We hope you like it! If you do, get your own copy here! Special thanks to [Expert Enough] for inspiring our manifesto. Imitation being the sincerest form…
END_OF_DOCUMENT_TOKEN_TO_BE_REPLACED

As a 40-something year old woman, I’ve been around for enough years to have enjoyed my share of friendships. Some were short-lived but intense, like the sort made at summer camp when you find your soulmate during orientation and then…
END_OF_DOCUMENT_TOKEN_TO_BE_REPLACED

by Emma Clarkson So, how was your 2017? Absolutely nuts, you say? Madder than a bag of spiders, you say? The worst time of your entire life … but hey, 2018 is gonna be your year – you can just…
END_OF_DOCUMENT_TOKEN_TO_BE_REPLACED