Stefani’s studies have taken her through modern, medieval, and ancient languages and literature, gender studies, reproductive sociology, and education. She is currently most preoccupied with climate change and human overpopulation and hopes that humanity will muddle through, in some way or other. 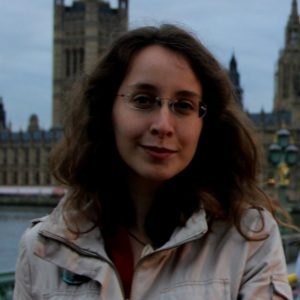 A few months ago, a decisive shift occurred in my thinking that gave me a good jolt. After six years of having looked forward to becoming a caring and all-out stimulating and dynamic mother at some indeterminate point in the near future, I suddenly realised that this wasn’t the only possible narrative for my life. I had swallowed the motherhood mandate hook, line, and sinker and I had never given myself the space and time to question whether I really, really want children. The trigger for this sudden realisation was taking on physically strenuous babysitting while suffering from chronic pain (at a time when I still believed the pain was easily resolvable). To be completely clear, this was only the trigger: she was a lovely little one, and I genuinely love children, so much so that it’s a big part of why I don’t want to have children (it being far better, environmentally, for the children already living not to gratuitously create more of one’s own…). But this crucial trigger let loose a thought avalanche where I sat down for the first time to think rationally about the family-building process and about how (genetic) motherhood and fatherhood are consistently presented as the most automatic and desirable avenues of maturity despite all the glaring evidence that creating yet more children is not the wisest thing to be doing in our era.

My thought process during these months has journeyed through the following four areas (overlapping of course, and they have an additive effect on my decision), which I’d like to unpack a little here in the hope that they may help you or others in your thought process too. Here goes:

We are living in an age where human-induced climate change is really going to hit the fan, and sooner than we anticipated. It’s all very well to keep on burying our heads in the sand and pretend that our blip of human existence on this earth will continue indefinitely regardless of our behaviour on its surface and in its atmosphere. But the fact is that this earth doesn’t give a jot about the welfare of one species living on its surface and will happily make it walk the plank if we keep disrupting the earth’s systems to the extent that we are doing now. It looks like the 21st century is going to be tremendous: it looks like the instability building in the system is going to create a terrible positive feedback loop that is going to make our current (wildly excessive) numbers completely unsustainable (they already are, and we’re adding 1.5 million new humans to our 7 billion every week because of our complete failure to implement or even acknowledge the necessity of global population sustainability programmes). It is going to be the greatest tragedy in the history of the human species: a substantial culling of the human population by nature because we have overreached her carrying capacity and pushed so many other forms of life out of the way. The changing face of life on earth due to climate change is no longer something far in the future, or uncertain, or something that we can keep applying technofix band-aids on in the hope that it will fade away (though obviously these do need to be pursued). It is already happening – just ask the people of Kiribati, or Alaska, or Bangladesh – and building like a rising storm. This is a future that we will need to adapt to and survive in; and this is not a future that I want to bring a new human being into.

Earth is the most tremendously beautiful, astonishing planet: life is beyond description, beyond beauty. But we as a species have played foul by this planet because of the predominance of greed and stupidity in our behaviour. Unfortunately, our brains don’t seem to be developed enough to sustain collective, long-term thinking. Shamefully (and shamelessly), we operate in the short-term (absurdly short-term – just the few years of an electoral cycle!), atomistically, and with a steadily diminishing sense of connection to the biosphere of which we are a tiny constitutive part. Our behaviour is on the whole unintelligent, destructive, and hubristic.

I love life, I love children, I love people (though sometimes more in the abstract when the litany of our casual inanities becomes overwhelming), and I love this astonishing, marvelous planet. For all these reasons, we need to work to become sustainable and to survive, and a crucial part of that process is to make our population sustainable: through making education available for women worldwide, through contraception and family planning provision, through providing incentives for people to have smaller families or indeed to remain childfree, and through fostering again our sense of connection to and dependence on the environment – as environmental activists are coming increasingly to realise, people don’t care for things that they don’t feel an emotional connection to. How can we expect kids who have never been in a forest in their life, who haven’t been given the opportunity to become awake to the natural world, to love the world enough to actually care for it? We can’t, and this is part of the struggle. For me, remaining childfree is part of my lifelong effort to live sustainably, and rationally, and responsibly. I must set a positive example for those around me rather than bury my head in the sand and pretend that the personal isn’t political.

I have been diagnosed with a condition which means it is likely I would not have the physical energy and stamina needed to raise a child in the way I want to, that is, to be able to give my child all the attention and stimulation and physical activity she needs. I need to acknowledge my own physical limitations and know that, even more than pregnancy which would be bad enough, rearing a child is hugely physically strenuous work which I would probably not be able to handle. I would not be able to give my child the dynamic and action-packed and full-on childhood I would want to give her, and I would only be reducing her chances of a joyful childhood as a result.

I am in training to be a teacher, for two reasons: because I love children and they have their whole lives ahead of them; and because educating them, stimulating them, guiding them, and feeding their hearts and minds is the best I have to offer them. In deciding to become an educator, I have decided to devote my entire working life and all my skills, energies, and talents to children. Crucially, I am giving all this to children who are already living, hence children who are right here, right now, and who need mountains of support, guidance, stimulation, challenge, and attention to get them on a good path in a highly complex and changing world. I intend to throw myself into solid, enthusiastic, engaged teaching, to get my students on the path of thinking globally, critically, responsibly. That will be the shape of my contribution to society. It is then completely redundant for me to tag on the exhausting and physically draining role of mother as well when I am already giving children the best I have to offer – my mind and my enthusiasm. Each one of us has a role to play during our short life, indeed many connected roles that shape the contours of our contributions and our joys: I will be an educator, mentor, lover, partner, friend, daughter, sister, writer, swimmer, traveler, and so much else besides, but I will not be a mother. It is not a category that I feel I need to inhabit when I intend to make my life so full and fulfilling otherwise.

For me, retaining autonomy and freedom (so hard-won by those before me and constantly under threat) in my life is vital. It is pivotal to my well-being and to the way I move in the world. I am introverted (by today’s hyper-extrovert standards) and I like privacy, solitude when I need it, space to dream and explore and just be with my own body and thoughts. Also, of course, freedom comes in so many forms: mental, financial, sexual, physical, professional. Having a child is a lifelong, absolute commitment, and entering motherhood or fatherhood means your whole life shifts in alignment with the new arrival. It has to: otherwise you’re not doing it properly and you’re not doing right by your child. I am not eager enough to enter motherhood and welcome that complete realignment, for all of the above reasons. And any desire on my part to have a child of my “own” (telling word – a child being something that you own, genetically partitioned off and privileged in contrast to the kids who had the misfortune to be born with a couple of different genes and are now growing up in a slum) becomes even less justified in the face of the millions of orphaned or otherwise severely deprived children already living who need the same attention and care that I would otherwise lavish on my own comparatively privileged child. In the mini-diary I’ve been keeping in an attempt to chart my thought process during these last few months, I’ve written the following:

“I want to carve out my life on my own terms, avoiding the traps of automatic thought in which we sign our own life away in so many unconscious permanently binding contracts. How can a short life be lived in anything but freedom and on one’s own terms? My own life, consciously shaped and enjoyed fully.”

And that is what I intend to do – live freely, rationally, and responsibly. It is only in this incredible, liberating era of contraception, which has only been the case for less than a century in privileged pockets of the world and only because it was fought for tooth and nail, that remaining childfree has for the very first time in the history of the species become a viable life choice for women (enforced abstinence and “avoiding” rape not being realistic alternatives to childbearing but travesties of any idea of female autonomy). Taking all the above into consideration, then, deciding to remain childfree is one very important way in which one can carve out one’s life on one’s own terms while living freely, rationally, responsibly.

Reviews of Childfree by Choice: The Movement Redefining Family and Creating a New Age of Independence are rolling in, and we’re pleased as punch to see that folks are enjoying the book! Freelance reviewer Terri Schlichenmeyer (AKA The Bookworm Sez) wrote a…
END_OF_DOCUMENT_TOKEN_TO_BE_REPLACED

This is our manifesto; what we’re {not} having a baby! is all about. We hope you like it! If you do, get your own copy here! Special thanks to [Expert Enough] for inspiring our manifesto. Imitation being the sincerest form…
END_OF_DOCUMENT_TOKEN_TO_BE_REPLACED

As a 40-something year old woman, I’ve been around for enough years to have enjoyed my share of friendships. Some were short-lived but intense, like the sort made at summer camp when you find your soulmate during orientation and then…
END_OF_DOCUMENT_TOKEN_TO_BE_REPLACED

by Emma Clarkson So, how was your 2017? Absolutely nuts, you say? Madder than a bag of spiders, you say? The worst time of your entire life … but hey, 2018 is gonna be your year – you can just…
END_OF_DOCUMENT_TOKEN_TO_BE_REPLACED